It will be fair to say, that Mi ushered in the wave of smartwatches and fitness bands in the country in and around 2016-17 with its Smart Band Series. In the latest edition of the series, it is introduced the Smart Band 5 which is the successor of the Mi Smart Band 4. Let’s look specs of Mi Smart Band 5 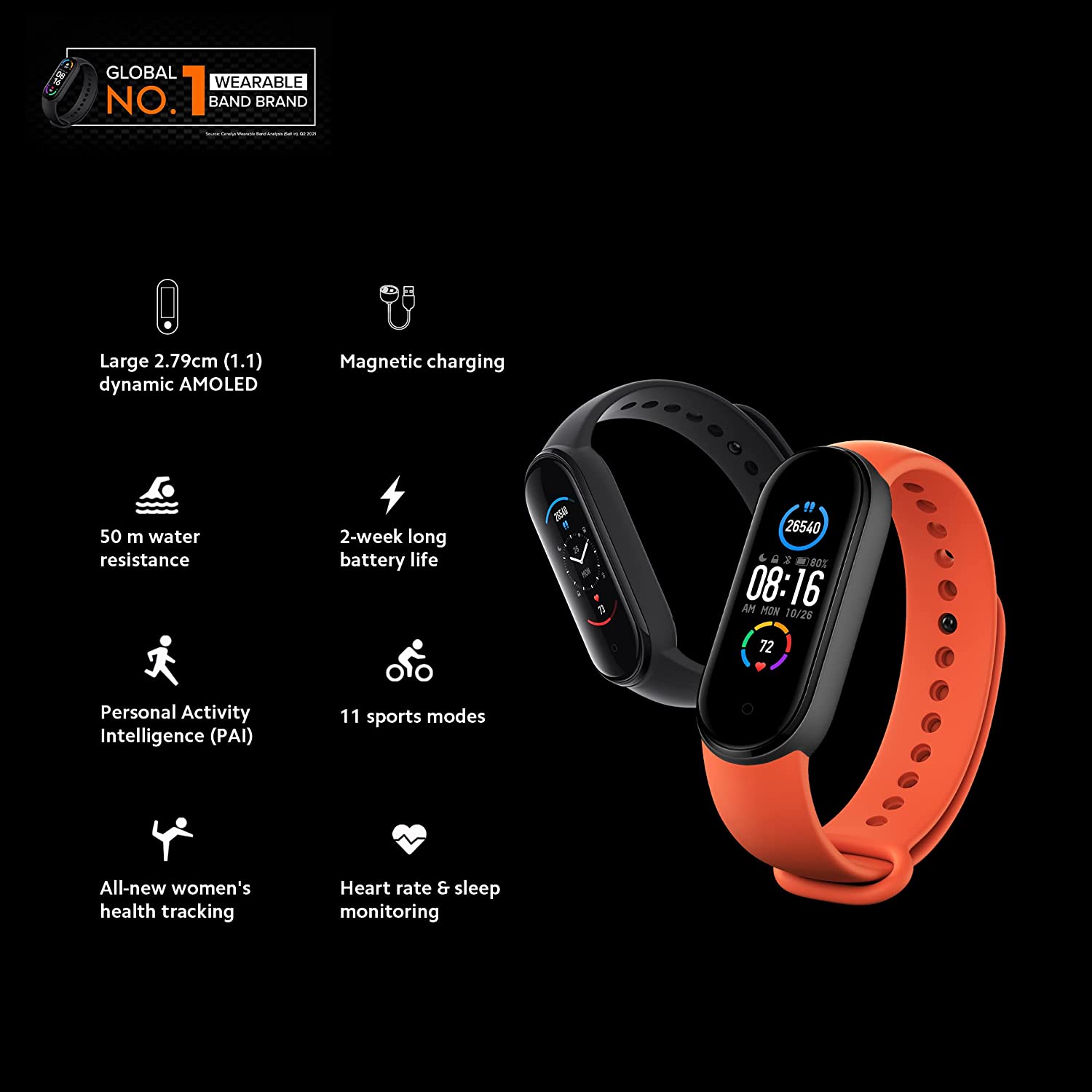 The new Mi Smart Band 5′s overall aesthetic has not evolved much compared to its predecessors. It still has a capsule with a colour display and a thermoplastic elastomer wristband with a loop buckle. It is said to have approximately 20 percent more display area than the Mi Smart Band 4, but that’s hardly noticeable. There’s a touch-sensitive button below the 1.1-inch (126×294 pixels) AMOLED touchscreen, which has a 16-bit colour range. This is a downgrade from the 24-bit colour range of the Mi Smart Band 4’s display. However, the peak brightness has increased from 400nits to 450nits. 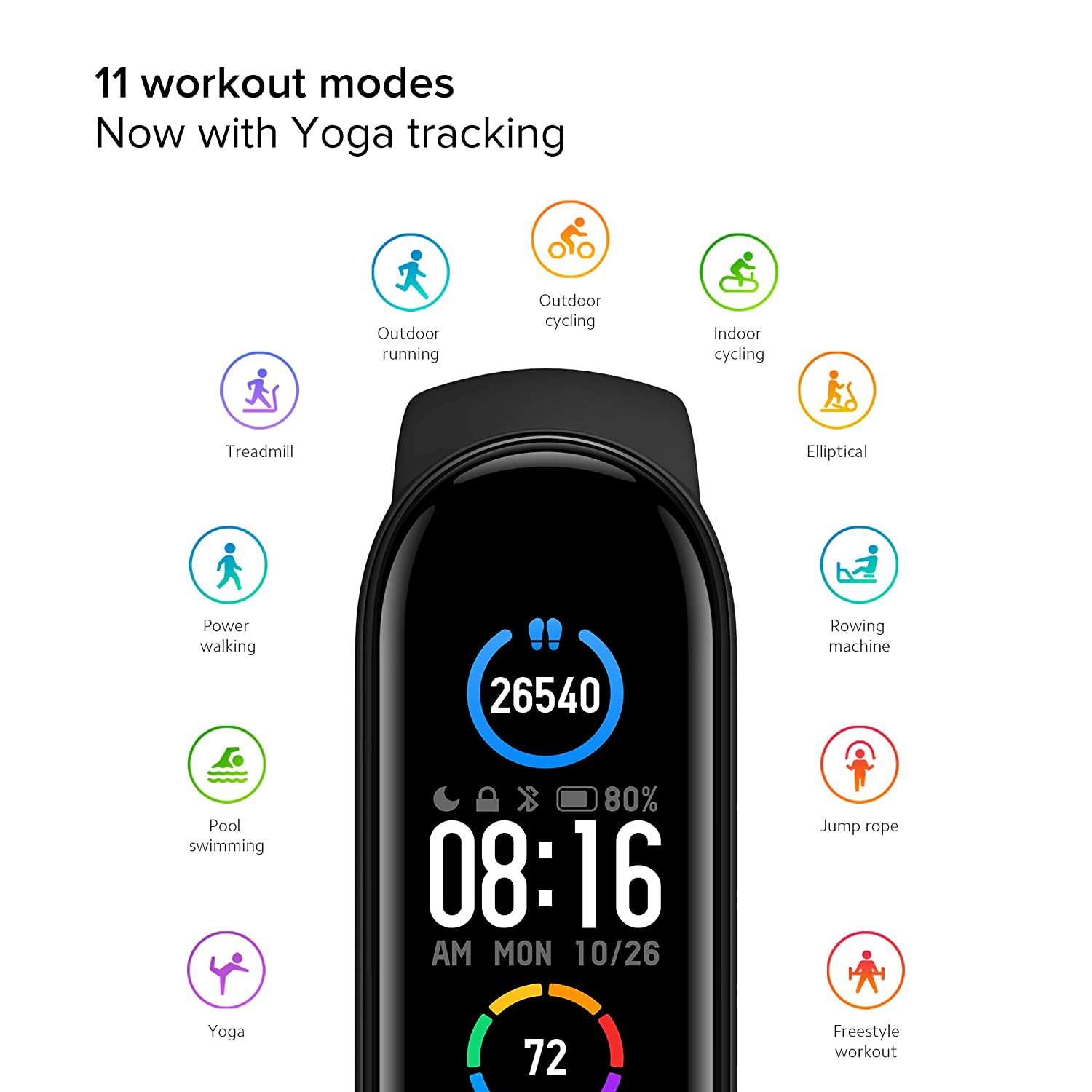 The touch interface of the band is quite impressive and the workout modes offers various parameters of data for one to analyse. It is also equipped with the jump rope mode which counts skips and the rowing machine mode which counts stokes. Along with it the customers are presented with varied watch faces with the option to customise the default ones and all of that make for a great addition. 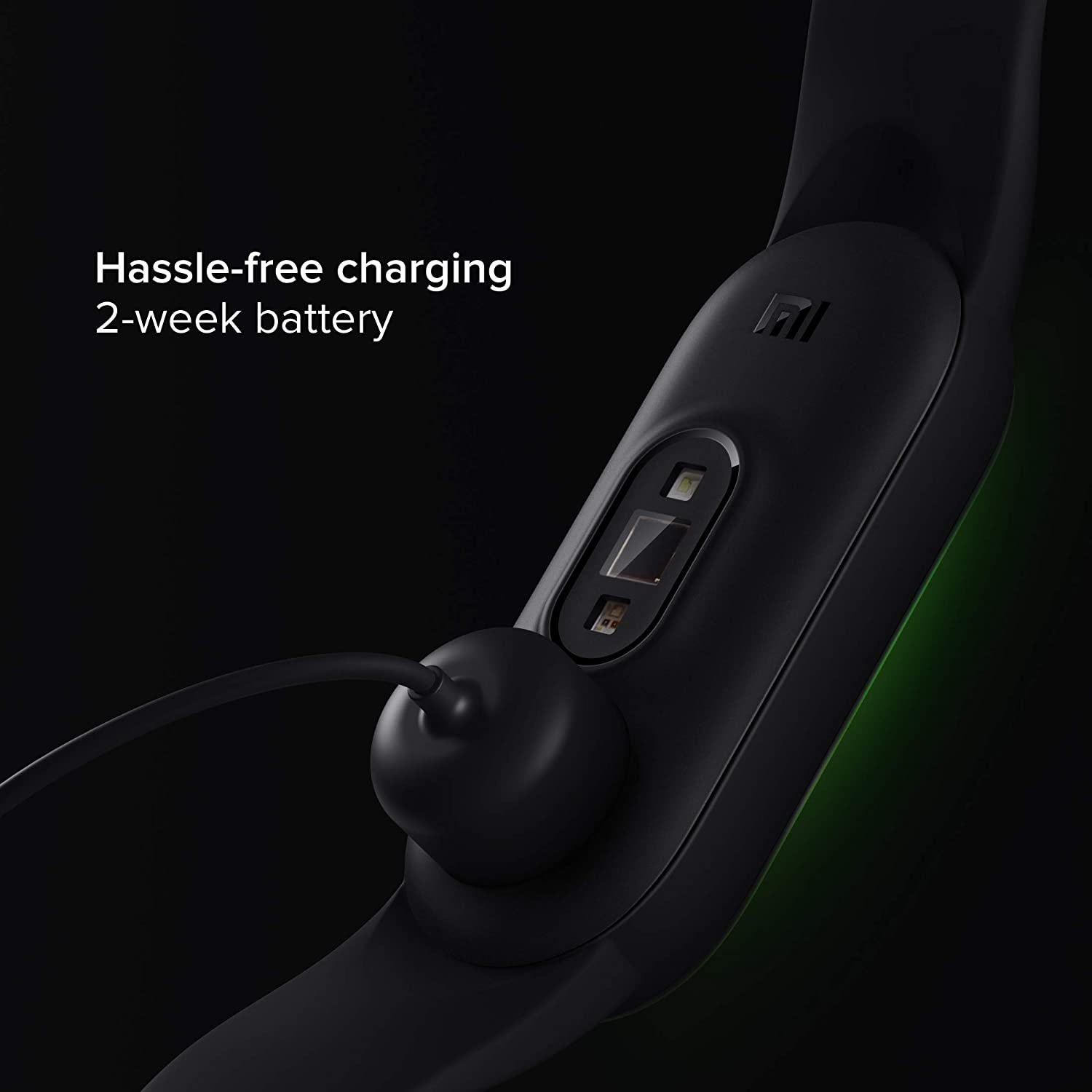 Xiaomi claims that the Mi Band 5 should last for about 14 days. In my testing, the figure was close to 10 days, with about an hour of active fitness tracking daily and a fair bit of notifications. Based on the mix of features enabled, your mileage may vary. Overall, I’d still call it good battery life that can be forgotten for over a week at a stretch. Charging takes about 2 hours.

There are no reviews yet.

Be the first to review “Mi Smart Band 5” Cancel reply

Buy from amazon
About Us

Single Basket is an online electronic store located in India. We specialize in all the essential home appliances, gadgets, laptops and mobile phones. We believe in rendering the value to our great customers.

Use the opportunity to get the latest news and updates from single basket. Sign up and follow us.